city after administrators refused to fire a teacher who is married to a same-sex partner.

According to a statement released by the archdiocese on Thursday (June 20), Archbishop Charles C. Thompson has sent a canonical decree to Brebeuf Jesuit Preparatory School stating that he will no longer recognize it “as a Catholic institution.”

A separate letter by Brian G. Paulson, provincial for the Midwest Jesuits, detailed how the Society of Jesus has been feuding with the archdiocese over the 57-year-old school for more than two years. The Midwest Jesuits argue that final say over whether to fire the teacher — who does not teach religion — “should be afforded a school sponsored by a religious order.”

“The Midwest Jesuits will appeal this decision through the formal appeal process established in church law: first, pursuing local recourse to the Archbishop, and, if necessary, hierarchical recourse to the Vatican,” Paulson’s letter read, noting that the teacher is considered “a longtime valued employee of the school.” 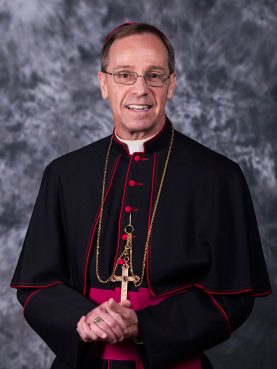 “I disagree with the necessity and prudence of this decision,” he wrote, later adding, “We disagree regarding the prudential decision about how the marital status of a valued employee should affect this teacher’s ongoing employment at Brebeuf Jesuit.”

The school, too, objected on administrative grounds, calling the archdiocese’s “direct insertion” into an employment matter “unprecedented.” But in a joint statement from the school’s president, the Rev. William Verbryke, and representatives from the board of trustees, it made clear Brebeuf’s position was also based on considerations of conscience.

“After long and prayerful consideration,” the statement read, “following the Archdiocese’s directive would … violate our informed conscience on this particular matter.”

Paulson, the provincial, explained that the controversy arose in 2017, when the teacher’s civil marriage to a person of the same sex “became publicly known via social media.”

The archdiocese requested the school end the teacher’s contract, arguing that “this teacher’s marital status does not conform to church doctrine” and that all Catholic school employees are believed to be ministers of the church.

The archdiocese’s position is likely a reference to the so-called “ministerial exception,” a legal category highlighted in a 2012 U.S. Supreme Court case. The court’s ruling exempted religious groups from nondiscrimination laws when hiring for “ministry” positions — including staff who are not clergy.

The debate over whether openly gay staff can or should be fired from Catholic institutions — be they schools, churches or otherwise — has raged for several years, triggering protests and lawsuits in various parts of the country.

Founded in 1962, Brebeuf currently serves around 800 students with a faculty and staff of 132.