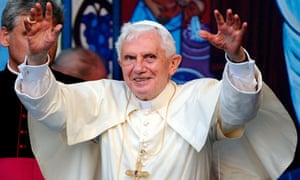 of sexual abuse by Catholic priests have accused the pope, the Vatican secretary of state and two other high-ranking Holy See officials of crimes against humanity, in a formal complaint to the international criminal court (ICC).

The submission, lodged at The Hague on Tuesday, accuses the four men not only of failing to prevent or punish perpetrators of rape and sexual violence but also of engaging in the “systematic and widespread” practice of concealing sexual crimes around the world.

It includes individual cases of abuse where letters and documents between Vatican officials and others show a refusal to co-operate with law enforcement agencies seeking to pursue suspects, according to the Centre for Constitutional Rights (CCR), a US-based organisation that represents the claimants.

Pam Spees, human rights attorney with CCR, said: “The point of this is to look at it from a higher altitude. You zoom out and the practices are identical: whistleblowers are punished, the refusal of the Vatican to co-operate with law enforcement agencies. You see the protection of priests and leaving them in the ministry and because of these decisions other children are raped and sexually assaulted.”

She said: “It’s not only the facts of the abuse but the way that the church deepened the harm in sometimes irreparable ways.”

According to the document filed by CCR, the pope, as head of the Catholic church, is ultimately responsible for the sexual abuse of children by priests and for the cover-ups of that abuse. The group argues that he and others have “direct and superior responsibility” for the crimes of those ranked below them, similar to a military chain of command.

The others named in the complaint are Angelo Sodano, dean of the College of Cardinals and former Vatican secretary of state; Cardinal Tarcissio Bertone, now secretary of state, who previously served at the Congregation for the Doctrine of the Faith (CDF), the organisation tasked with handling sexual abuse cases under the pope when he was Cardinal Ratzinger; and Cardinal William Lavada, head of the CDF, whose handling of previous sexual abuse cases has been criticised in the past.

Megan Petersen, from Minnesota, is one of two named US victims whose cases have been included in the complaint to the ICC. Petersen was awarded $750,000 (£500,000) last week in a civil claim against Crookston diocese, in which she alleged that a priest, Joseph Jeyapaul, had raped her repeatedly as a child.

Speaking at The Hague, where the complaint was being launched, Petersen said of Jeyapaul: “He was a man of God and I was very devout. I wanted to be a nun. I trusted him.

“Part of why I’m here is to protect kids. My perpetrator is still serving among kids and vulnerable adults, despite there being criminal charges against him. Ratzinger is the head of this organisation and these are his sheep, his flock. I will do everything in my power to make sure this does not happen to another child.” Jeyapaul has denied the abuse from India, where he is serving as a priest.

Amnesty International’s latest annual human rights report, which cited the Holy See for the first time, concluded there was widespread evidence of child sexual abuse by members of the clergy over past decades, and an “enduring failure” of the Catholic church to seek redress