In open letter to MPs ahead of debate on bill, Reverend Simon Hansford says abortion a health and social issue 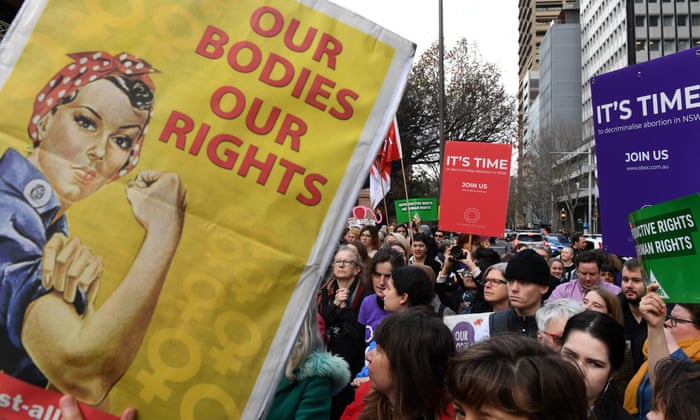 Pro-choice advocates and supporters of a bill to decriminalise abortion hold a rally outside the NSW parliament in Sydney on Wednesday. Photograph: Dean Lewins/EPA

Uniting Church has broken ranks with other religious institutions to throw its support behind decriminalising abortion in New South Wales.

NSW the only Australian state or territory that has neglected to modernise abortion laws.

Last week a private member’s bill co-sponsored by 15 MPs from across the political divide was introduced to state parliament. It was expected to be debated as soon as Tuesday when parliament sits.

It would remove abortion from the state’s criminal code and create a standalone healthcare act to regulate the procedure.

In an open letter to MPs, the Uniting Church reverend Simon Hansford argued abortion was a health and social issue and should not be a criminal issue.

“Respect for the sacredness of life means advocating for the needs of women as well as every unborn child,” Hansford said.

“Whilst we encourage our ministers to remind people of the sacredness of life, the church’s role should be to offer care and support leading up to and following a decision, not stand in judgment.”

Hansford said the church was disturbed that recent comments could imply that women make the decision to have an abortion without proper consideration.

“Most women who have abortions do so only after a great deal of searching and anguish,” he said.

It’s important not to ignore the many emotional, physical, financial and social issues that often create a situation where a woman is forced to consider an abortion, Hansford said.

Hansford’s stand is at odds with that of other churches.

On Tuesday the Catholic archbishop of Sydney, Anthony Fisher, revealed he had written to the premier, together with the heads of the Anglican and Greek Orthodox churches, calling on her to delay the bill.

“It is the dream bill of the abortion industry, which they have already pressed upon several other states; but it will leave unborn children and unsupported pregnant women even more at risk,” he said. 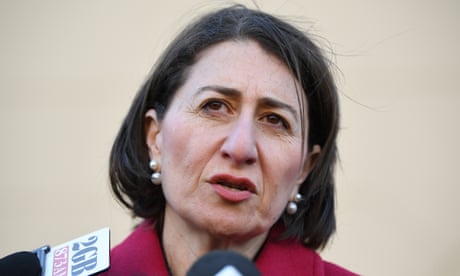 “Abortion is available in NSW and the criminal code provisions have not prevented women from seeking abortions,” he said.

“Rather, the law strengthens the protection of women from pressure, medical malpractice and safeguards the consciences of doctors. In the rare cases that criminal sanctions have been applied, it was clear the circumstances warranted prosecution.”

However, some pro-choice groups say some women have been forced to travel interstate in some instances.

The NSW private member’s bill is based on laws in Queensland and Victoria and has the backing of the Australian Medical Association and the Pro-Choice Alliance.

The bill would allow for terminations up to 22 weeks – and later if two doctors believe they should be performed given the medical, physical, social and psychological circumstances.

“What is important to me is for every colleague to have the opportunity … to express their views frankly and honestly,” Berejiklian said.