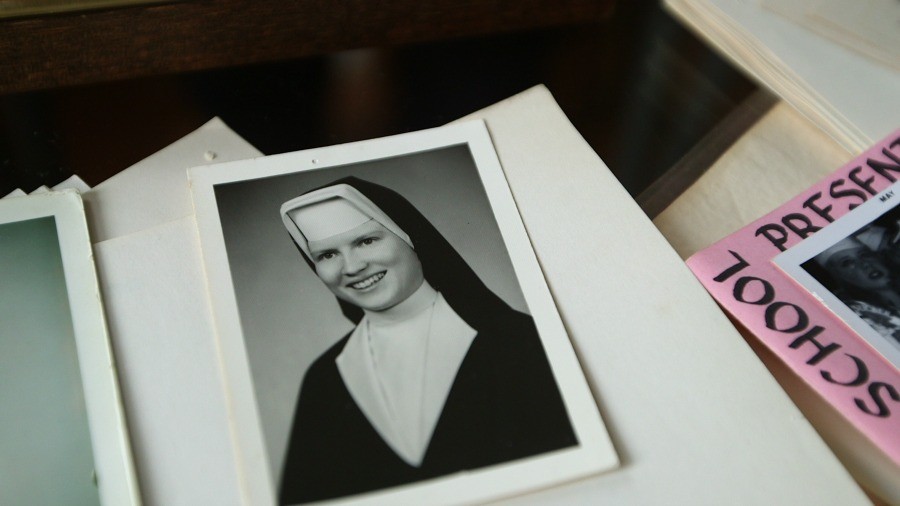 Jean Hargadon Wehner’s abuse began with confession. As a freshman at Archbishop Keough High School in Baltimore, Maryland, she prayed before deciding to tell a parish priest about the sexual abuse she’d suffered as a child. She thought she needed God’s forgiveness, and in the Catholic Church, only a priest can offer the sacrament of penance and reconciliation. Forty years later, she recounts in Netflix’s The Keepers that Father Neil Magnus, the priest on the other side of the confessional booth, masturbated to her story of assault. “I’m not sure if God can forgive this,” he told her.

After her confession, he brought Jean to the office of the school counselor, Father Joseph Maskell, and they raped her. In subsequent years, Maskell would summon her to his office, rape her, compel her to swallow his cum, which he called a holy sacrament, and then send her back to class. Sometimes, he brought strangers—including other members of the clergy—to join him. Jean was not alone: Maskell regularly inflicted a litany of traumas on other girls. And for years, no one interfered—until Jean confided in Sister Cathy Cesnik, her 26-year-old English teacher at Archbishop Keough, who promised to intervene. The Keepers investigates Cesnik’s 1969 murder, which remains unsolved, even though Jean claims that Maskell brought her to the body and whispered, “You see what happens when you say bad things about people?”

After recounting the abuse in chilling detail, Jean explains that she was terrified to tell her husband about it. She thought he would leave her or tell her it was her fault, as Maskell did. To her great relief, her husband offered compassionate support and said, “I still consider myself the first person that was with you.” This line stuck out to me. Jean and her husband were “good Catholics” who saved themselves until marriage, but I wonder why, after all that Jean went through, was this concept of purity so important?

In second grade, I received my first communion in a white dress and white veil, which all the girls wore to symbolize purity, while the boys wore their best navy and black suits. The girls wore white dresses, similar to the white gown we wore before as babies when a priest poured baptismal holy water over our foreheads, and just as we would wear in the future when a priest officiated our weddings.

Before a child can first receive the Eucharist—the bread that becomes Jesus’s body and the wine that becomes Jesus’s blood—they must give their first confession. “Forgive me, Father, for I have sinned,” my second grade classmates and I were taught to say. We shared our darkest emotion or action with the priest hidden behind the screen. He told us how to atone: 100 “Hail Mary’s,” 25 rounds of rosary beads, or maybe an apology to our parents. I spent days anguishing over my confession, straining to find the awful thing I’d certainly done. Had I coveted my neighbor’s trampoline? Had I been hateful to my mother when she woke me up for school? 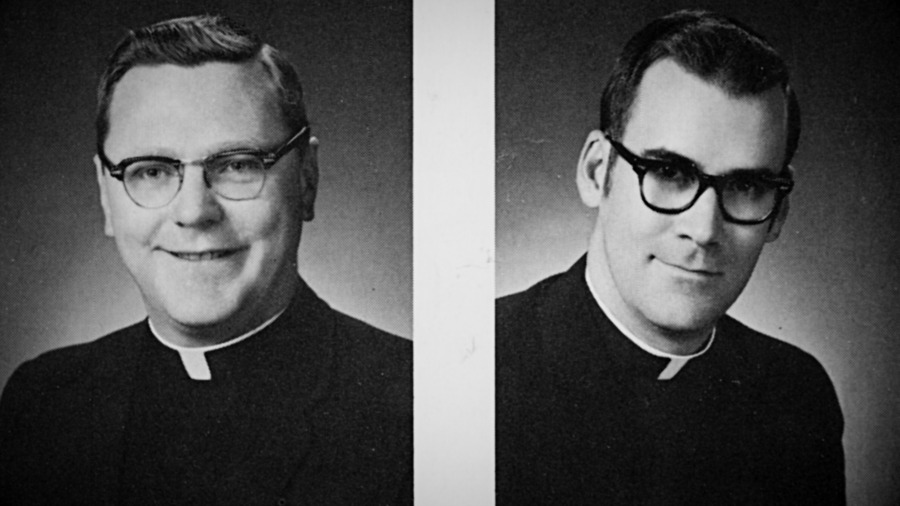 I don’t remember what I said during that first confession. I only remember the relief I felt when the priest bestowed God’s forgiveness. I was seven, and I believed that a priest could be trusted. Jean trusted Magnus and Maskell, and for a long time, she believed that she deserved to be raped. In the Catholic church, only men can become priests, cardinals, and popes, and only priests have dominion over the moral failings of the flesh. It is unspeakable for a Catholic priest, a man who claims to uphold the values of modesty and purity, to rape a teenager and call it her sin. Maskell used his position of power to prey on a vulnerable girl.

From an early age, Catholic children, especially girls, learn that modesty is a virtue. From kindergarten to eighth grade, my female classmates and I wore white collared shirts and pleated skirts that fell no more than two inches above the knee. Our socks could not expose our ankles. In our junior high “Family Life” classes, we received a primer on contraception, but I learned far more about my uterus than my clitoris. And, like Jean, I learned that a person should “save herself for marriage,” which linked virginity and morality.

Thankfully, I attended a Catholic high school that emphasized social justice, acceptance, and integrity. Still, students followed a strict dress code: pants or skirts to the knee, polos buttoned over any hint of cleavage. I remember a girl who notoriously flirted with the rules, her skirts inches too short, her blouses too low. She walked like a model. I admired her, but I also judged her. Didn’t she realize that a body was nothing to be proud of? Yes, the Church teaches that human bodies are sacred, but we also learn that ankles, breasts, and thighs are inappropriate. Left unregulated, our bodies are conduits of sin and lust.

Although I began shedding Catholicism my sophomore year of high school, some of those beliefs still tug at me. When I’m harassed at the bus stop or in a bar, I wonder if I deserve it. Even though I firmly declare that no outfit justifies assault, a tiny, oozing voice I’ve tried to smother hisses, “But what else did you expect?” Even as a grown woman, Jean carried this same ingrained impulse to blame herself. “I had my sense of what was right and wrong,” she says in The Keepers. “I was condemning myself, saying the same thing that I’m sure many other people said: ‘She must’ve liked it. She must have wanted it. She must have deserved it.’” Jean believed that a priest had to have a good reason to assault her. 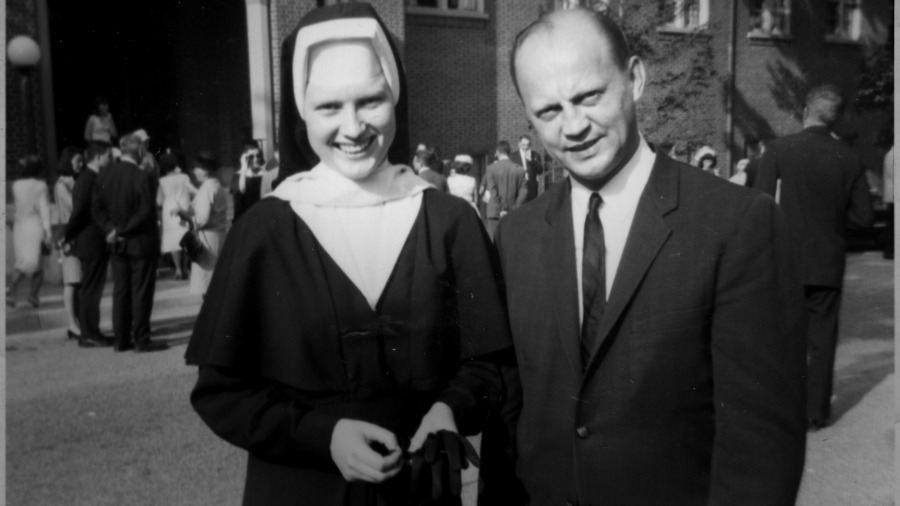 The Keepers shows what happens when Catholicism’s purity complex collides with an abuse of power. Catholics are taught to guard against physical desire, but aren’t taught to protect themselves from those, including some priests, who want to harm them. The Catholic Church has condemned masturbation and contraception. Sex for pleasure is a sin. Sex between two gay people is an abomination. Women’s bodies are only built for procreation, which is why abortion should be illegal. How can this same Church, which preaches chastity, then protect rapists, pedophiles, and predators? It is astoundingly hypocritical to protect men like Maskell while simultaneously insisting on the holiness of virginity.

Maskell is long buried, but he’s never been legally punished. He, like many abusive priests, was moved from parish to parish, tucked away in “health centers,” and sheltered from the law. When two women accused him of child sexual abuse in 1994, the Baltimore Archdiocese appointed a lawyer to argue that they’d made everything up. Now, according to The Keepers, at least 35 people have accused him of sexual abuse. And still the Baltimore Archdiocese insists they did all they could. After all, they said Jean should’ve spoken with one of the archdiocese’s counselors.

Many priests and Catholics are as horrified as I am about the assaults and cover-ups, but today, young Catholics are still learning to fear and revile the natural functions of their bodies. Little girls are learning the importance of a white dress, and they are seeing that their male peers are held to a different standard. When Jean sought forgiveness, her life became a battle against those who would prey upon her hope for purity, instilled by the same institution that guarded her abuser. Today, Jean knows it was not her fault, and she opened the door for others to fight for justice. Still, Jean questions why she didn’t tell anybody. Listening to her judge herself makes me wonder if the burden and wound of purity ever heals.