In a new report after decades of ambivalence, Germany’s council of Catholic bishops has finally admitted to the church’s complicity in the actions of the Nazi regime during World War II, The Times reported Friday.

The 23-page document by the council reportedly states, “Inasmuch as the bishops did not oppose the war with a clear ‘no,’ and most of them bolstered the [German nation’s] will to endure, they made themselves complicit in the war.”

This included providing hundreds of priests who joined Nazi soldiers on the front lines of the war to offer spiritual guidance between 1939 and 1945 and the conversion of thousands of church properties into military hospitals where tens of thousands of nuns worked as nurses, says the document, produced 75 years after the collapse of Hitler’s Third Reich.

It added: “The bishops may not have shared the Nazis’ justification for the war on the grounds of racial ideology, but their words and their images gave succor both to soldiers and the regime prosecuting the war, as they lent the war an additional sense of purpose.”

One Catholic Church official cited by The Times called the report a “confession of guilt” by the church.

The document said most German bishops, motivated by nationalism and anti-communist sentiment and a desire to preserve the church by avoiding confrontation with the Nazis, told their followers to support the regime during the war.

The document said most German bishops, motivated by nationalism and anti-communist sentiment and a desire to preserve the church by avoiding confrontation with the Nazis, told their followers to support the regime during the war. 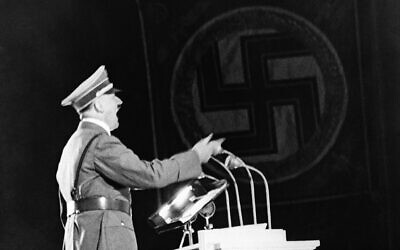 On Hitler’s 50th birthday in 1939, churches flew Nazi flags and prayed for protection of the “Fuhrer and the Reich.”

“Even if we can perceive that the bishops’ perspective on events shifted over the course of the war, they did not pay enough attention to the suffering of others,” The Times quoted Heiner Wilmer, bishop of Hildesheim and head of the conference’s foreign affairs committee, as saying.

The Times report came days after the Washington Post reported that
researchers studying the newly opened Vatican archives of Pius XII have found evidence that the World War II-era pope knew about the mass killing of Jews from his own sources but kept the matter from the US government.

The archives were opened on March 2, but closed soon after due to the coronavirus crisis. Many of the 200 scholars who had applied for access delayed their trips. However, a German team lead by award-winning religious historian Hubert Wolf from the University of Münster made a start and has already found some damning discoveries. 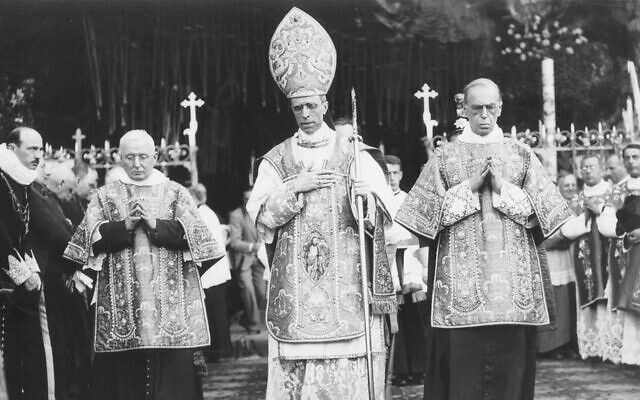 Some Jewish groups and historians have said Pius, who was pope from 1939 to 1958, stayed silent during the Holocaust and didn’t do enough to save lives. His defenders at the Vatican and beyond say he used quiet diplomacy and encouraged convents and other religious institutes to hide Jews.

In September 1942, a US diplomat gave the Vatican a secret report prepared by the Jewish Agency that documented the mass murder of some 100,000 Jews from the Warsaw Ghetto. It also said some 50,000 Jews were killed in Lviv in German-occupied Ukraine. The US asked if the Vatican could confirm the report from its own sources among Catholics, but were told they could not.

However, in the week the archive was open, Wolf and his team discovered a note confirming that Pius had read the American report and also two instances where the Vatican had independently corroborated reports of the killings.

Pope Benedict XVI moved Pius one step closer to possible sainthood in December 2009, when he confirmed that Pius lived a life of “heroic” Christian virtue. All that is needed now is for the Vatican to determine a “miracle” occurred. Pope Francis said in 2014 that the miracle hadn’t been identified, suggesting that the process would remain on hold, at least for now.