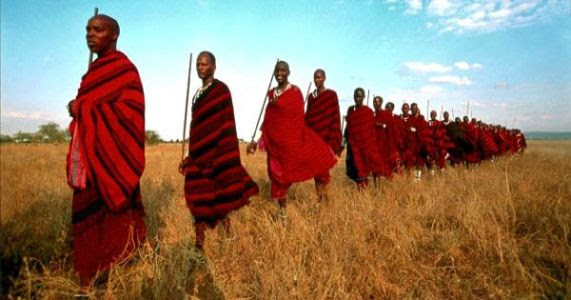 We are Maasai Elders from Northern Tanzania. Any day now, tens of thousands of our community could be evicted from our ancestral lands to make way for tourism and trophy hunting. Last time Avaaz raised the alarm,the President shelved the plan. So we urgently need you to stand with us again! Global public pressure can change our new President’s mind, but time is running out. Sign now to help us protect our lands!

We are Maasai elders from Northern Tanzania. Any day now tens of thousands of our community could be forced off our ancestral lands to make way for elite tourism and trophy hunting.

We urgently need your support.

The last time we faced these threats, more than 2 million Avaaz members rallied behind our call! Together, we created such a storm that the President promised never to evict us from our lands.

But now, there’s a new head of state and plans are being revived! President Samia Suluhu Hassan may not listen to us, but we know she’ll respond to media and public pressure – to all of you! Join us now – and show her the world is standing with the Maasai!

Our Indigenous Maasai communities have looked after East Africa’s land, and wildlife, for centuries, co-existing peacefully. But successive governments have tried to kick us out of our homes under the guise of tourism and conservation.

We’ve tried everything, even taking the government to court for violating our rights. But now, public attention has waned and we fear an eviction could happen any moment – destroying our culture, leaving us homeless, and putting our wildlife at risk. Politicians are promising to find a “solution”, but losing our land could mean the extinction of our community.

So we’re looking to you for hope. We know our new President wants to engage in dialogue with the international community – that’s why she’s travelled to France to meet President Macron. It’s the perfect moment to show her that evicting us Maasai would be a global PR nightmare. We can change her mind with your support, but time’s running out – sign now!

Some in our community have said they’d rather die than leave their homes. But this is a choice no-one should have to make. We know that together we’re stronger – after all, we’ve changed the course of history before. Let’s do it again and reimagine a world where humans and nature can co-exist together.

With hope and determination

The Maasai elders of Ngorongoro District, with the whole Avaaz team

P.S. The image used is not connected to the Maasai elders sending this appeal, in the interests of their security and safety.

Around 70,000 Maasai in Loliondo, Tanzania, face another forceful eviction (Report by IWGIA & IPRI)

Nation in dilemma over Ngorongoro (The Citizen) Tanzania’s Masai ‘breathe sigh of relief’ after president vows never to evict them (The Guardian, 2014)