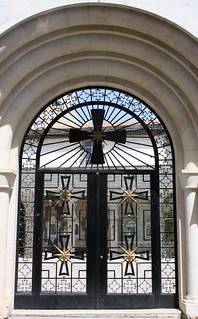 Will the Catholic Church face the truth about their cimes and open the door to change?
(image by jemasmith) License DMCA

To help us better understand how the international priest-sex-abuse scandal developed in the Roman Catholic Church, the retired Australian lawyer and judge Kieran Tapsell researched and wrote the book POTPHAR’S WIFE: THE VATICAN’S SECRET AND CHILD SEXUAL ABUSE (2014). He was a seminarian for the priesthood as a young man, at which time he studied the church’s canon law. He centers his attention on the crucial role that the church’s canon law played in contributing to the church’s world-wide priest-sex-abuse scandal.

Tapsell’s thorough book includes a lengthy three-column chronological table of relevant key events in church history (pages 9-48), an index of subjects (pages 353-358), an index of names (pages 359-362), and illustrations of certain popes placed in various places in the book. In the index of names, there are two separate entries for the names Cardinal Joseph Ratzinger and Pope Benedict XVI, who is still alive and is now known as Pope Emeritus Benedict XVI. Both index entries show numerous page references to him, as does the entry for Pope John Paul II.

For a discussion of some of the other mischief of Pope John Paul II and Cardinal Ratzinger/Pope Benedict XVI, see Matthew Fox’s book THE POPE’S WAR: WHY RATZINGER’S SECRET CRUSADE HAS IMPERILED THE CHURCH AND HOW IT CAN BE SAVED (2011).

In the book of Genesis (39:6-20), we find the story about how Potiphar’s wife attempted unsuccessfully to seduce the slave-boy Joseph. But Joseph resisted her. As a result, she accused him of attempting to rape her. As a result of his wife’s accusation, Potiphar had Joseph thrown in prison. However, as the result of his ability to interpret dreams (he was an early Freud, eh?), he eventually got out of prison and went on to avenge himself on his brothers who had sold him into slavery out of their jealousy of him (he was their father Jacob’s favorite son).

As Tapsell notes (e.g., page 309), in the Gospel According to Mark, the character known as Jesus is portrayed as saying of whoever who cause little ones who believe to stumble, “It would be better for him to hang a millstone Around his neck and be thrown into the sea” (Mk. 9:42; Willis Barnstone’s translation in THE RESTORED NEW TESTAMENT [2009], page 177). However, it would be against American civil law today to throw either abusive American Catholic priests or their enabling American Catholic bishops into the sea with rocks tied around their necks.
– Advertisement –

As a legal alternative, however, it might be a good idea to throw both the perpetrators and their bishop-enablers in jail. To counter the church’s canon law, certain civil governments have instituted laws mandating reporting sexual abuse — or facing time in jail for breaking those reporting laws. Evidently, certain civil governments have figured out a way to get through the church’s culture of clericalism — threaten to throw the church’s clerics in jail for breaking laws requiring them to report sex abuse.

Tapsell repeatedly refers to the “privilege of clergy” in the Middle Ages as a kind of touchstone and leitmotif throughout his book (the index entry for “privilege of the clergy” lists 37 specific page references).

In the book THE THEOCONS: SECULAR AMERICA UNDER SIEGE (2006), Damon Linker rightly alerts progressives and liberals to watch out for certain American Catholic theocons. No doubt the anti-secular religious zealotry of American Catholic cultural warrior bishops and cultural warrior priests fuels their opposition to legalized abortion in the first trimester and their opposition to legalizing same-sex marriage.
– Advertisement –

But Tapsell calls attention to the deep cultural conditioning of Catholic bishops and priests in their church’s culture of clericalism and exalted theology of the priesthood.

For a discussion of the history of the Roman Catholic priesthood, see Garry Wills’ book WHY PRIESTS? A FAILED TRADITION (2013). Wills, a former Jesuit seminarian for the priesthood, is a practicing Catholic.

Now, toward the end of his book, Tapsell also invokes Sophocles’ play OEDIPUS THE KING (pages 349-351).

In the secular canon of Western literary culture, Sophocles’ play OEDIPUS THE KING portrays the character known as Oedipus gradually learning the truth about himself — namely, despite his best efforts to avoid the prophecy that he would kill his father and marry his mother, he had indeed killed his actual biological father in self-defense and without knowing that the man was his father, and had indeed subsequently married the dead man’s wife, his own mother but without knowing that she was his actual mother.

Surely a good lawyer could have gotten Oedipus acquitted of any charges brought against him in a court of law.

Nevertheless, Oedipus gouged out his own eyes. In addition, his wife-mother committed suicide.

However, regardless of whatever merits the Oedipus complex may have in helping us understand the psychological development of boys and men, I want to relate the actions of Sophocles’ play to the above-mentioned gospel texts.

In the carefully developed symbolism of Sophocles’ play, Oedipus gouges out his own eyes as the way to acknowledge his own previous blindness. Earlier in the play, he had mocked the blind seer’s cryptic statements about the facts about Oedipus.

But Oedipus is of course one individual man. The above-mentioned gospel passages seem to be addressed to individual persons.

However, in our Western cultural history, certain individual persons have banded together to form the group known as the Roman Catholic Church, which has franchises in non-Western cultures around the world today. The church’s hierarchical governance structure is centered in the pope and the Vatican.

In two of the four canonical gospels in the New Testament, we find the character known as Jesus portrayed as offering the advice to take the log from one’s own eye before presuming to offer to take the splinter from one’s bother’s eye (Mt. 7:3; Lk. 6:42). This advice sounds like it refers to individual persons — each person is supposed to take the log from his or her own eye.

In the fourth canonical gospel, we find the character known as Jesus portrayed as saying that the truth will set you free (Jn. 16:13).

In the spirit of putting the observation in John 16:13 up against the advice offered in Matthew and Luke, we might say that by taking the log from our own eye, we will learn the truth about ourselves that will set us free. But when Oedipus faced the truth about himself, it was so excruciatingly painful that he gouged out his eyes.

So the truth can set you free, as it set Oedipus free. But it can be an excruciatingly painful experience, as it was for Oedipus.

Perhaps an analogy will help here. Certain progressives and liberals think that President George W. Bush and Vice President Dick Cheney should be charged with crimes against humanity and brought to trial.

But how many progressives and liberals think that President Bush and Vice President Cheney are likely to face the truth about their horrendous crimes, so that the truth can set them free?

I do not think that the most Roman Catholic bishops are going to face the truth about how their church’s canon law and their exalted theology of the priesthood contributed to the international priest-sex-abuse scandal and cover up.

Thomas James Farrell is professor emeritus of writing studies at the University of Minnesota Duluth (UMD). He started teaching at UMD in Fall 1987, and he retired from UMD at the end of May 2009. He was born in 1944. He holds three degrees from Saint Louis University (SLU): B.A. in English, 1966; M.A.(T) in English 1968; Ph.D.in higher education, 1974. On May 16, 1969, the editors of the SLU student newspaper named him Man of the Year, an honor customarily conferred on an administrator or a faculty member, not on a graduate student — nor on a woman up to that time. He is the proud author of the book WALTER ONG’S CONTRIBUTIONS TO CULTURAL STUDIES: THE PHENOMENOLOGY OF THE WORD AND I-THOU COMMUNICATION (Cresskill, NJ: Hampton Press, 2000; 2nd ed. 2009, forthcoming). The first edition won the 2001 Marshall McLuhan Award for Outstanding Book in the Field of Media Ecology conferred by the Media Ecology Association. For further information about his education and his publications, see his UMD homepage: http://www.d.umn.edu/~tfarrell
.

On September 10 and 22, 2009, he discussed Walter Ong’s work on the blog radio talk show “Ethics Talk” that is hosted by Hope May in philosophy at Central Michigan University. Each hour-long show has been archived and is available for people who missed the live broadcast to listen to. Here are the website addresses for the two archived shows: